I didn’t write this post that I’m linking to but it sure does reflect how I feel today.

Karen from nothing but knit2 really hit the nail on the head with her writings today. I hope you read what she wrote. Click here.

I captured the sky over the weekend as the grey clouds parted and a small sliver of blue peeked through.

I thought this would be an excellent gradient scheme to knit something with, not sure what exactly, but great all the same.  Now to find yarn in those colors.

Or try to dye some myself.

Nature is so inspirational.

I don’t think I’ve ever snagged a Q and A before but I couldn’t help it when I read this post by Karen from NothingButKnit.

Her knitting mojo (and mine) is on vacation and she thought this Q and A might help find it.  Feel free to answer* regardless of your craft: knitting, crocheting, sewing, painting, photography, or whatever you enjoy…

*Answer in the comments or link to your blog.  Thanks!

I went to the Maryland Sheep and Wool Festival on Sunday.  A local yarn store chartered a bus so I didn’t have to drive the two and a half hours.  We had to meet the bus at 6:00 am but it was worth it.  This was my first time attending the festival but not the last for me.

Fortunately, the weather cooperated.  It was partly cloudy/partly sunny, and rain showers were in the forecast but we only got a short five-minute shower around 3:30 in the afternoon.

I didn’t take many photos as I was in a yarn-induced trance.

I loved the colors of yarn used in this Eye of the Partridge sweater. 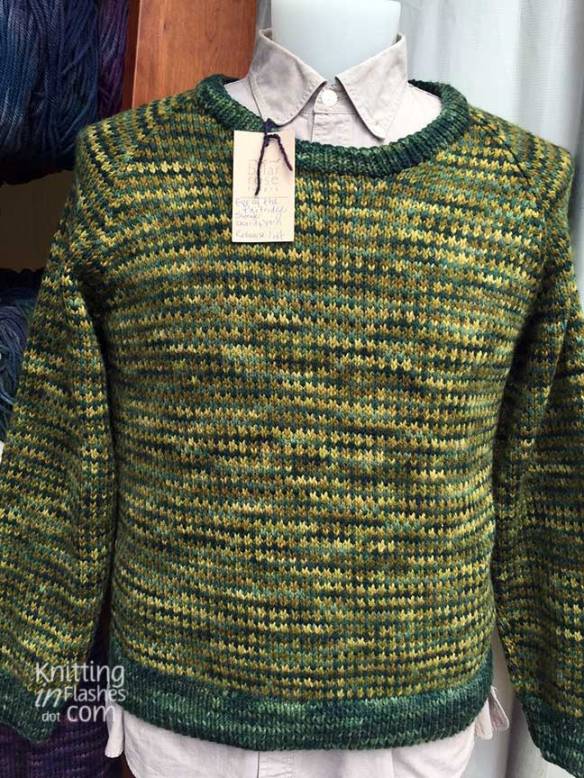 These yarns kept calling me and after visiting the Brooks Farm Yarn booth four times, I caved and bought some that you will see later.

The sheepdogs did an awesome job of taking these five sheep around the pen, through various obstacles, into a smaller pen and away from the food dish while the food was dumped into the dish. 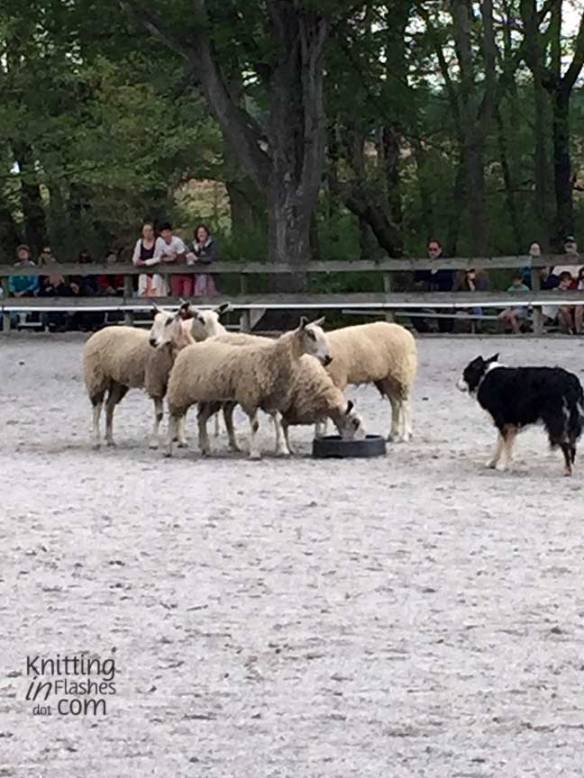 I wish I would have taken the time to check out the sheep-to-shawl demonstration/competition where up to five team members – one shearer, three spinners, and one weaver – compete to shear a sheep, spin the fleece and weave it into a shawl, all in a couple of hours. After washing and final judging, there was an auction of completed shawls.  I know that the wool comes from sheep (or alpaca or bison or yaks) then some magic happens and it’s yarn but to see the process would be inspiring.

The various breeds of sheep would have been interesting to see but I didn’t go into the barns.

Dragonfly Pixie yarn in the Starry Night colorway.  Vincent Van Gogh is one of my favorite artists and Starry Night is one of my favorite paintings.  The blues, greens, and yellows capture the feeling of the painting. I only bought one skein of this and went back to buy another one (or two) but it was sold out.  Not sure what this will become.  I might just frame it. 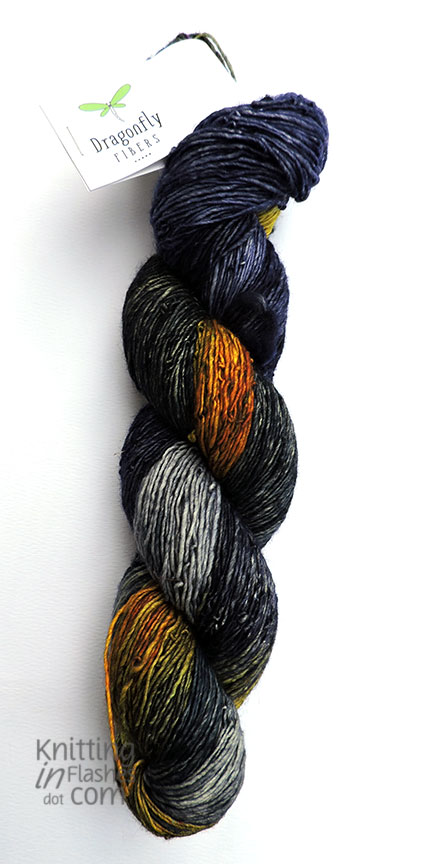 Fleece Artist National Parks Collection fingering weight yarn in Gros Morne colorway so full of soft, muted, mossy greens that I couldn’t resist it.  From the label: “In honour of Canada’s 150th Birthday we have curated a collection highlighting 13 of Canada’s National Parks, one for each province and territory.”   The other yarns in this collection were beautiful as well but the Gros Morne has a special meaning for me.  Mr. Aitch and I traveled with three other couples (all on Harley motorcycles) to Newfoundland in 2006  and toured the province and Gros Morne Park.  My plan is a shawl with a lacy leaf motif.

Brooks Farm Yarn from Lancaster, Texas was the booth that I visited four times.  The yarns were displayed so one could see all the various shades in each color.  I had my eye on some of the blue-green colors but decided to go with a different combination of lime, avocado, and lavender with the lavender and blue as an accent.  This DK weight is destined for a top-down seamless sweater.  Maybe. 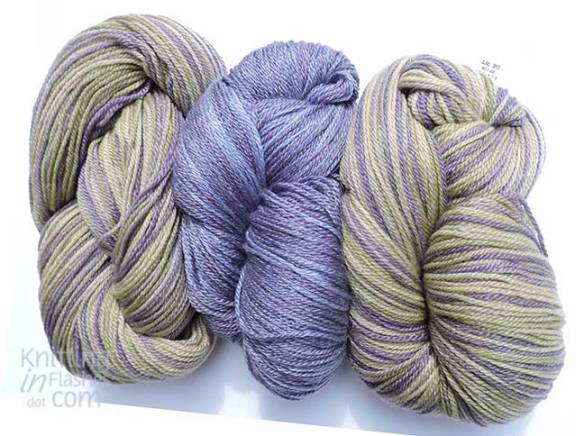 Last but not least is the bonus skein of yarn from the yarn shop that organized the trip: Frostburg Fiber Depot.  Everyone on the bus received a goodie bag.  Mine contained this beautiful 310-yard Malabrigo Rastita in #49 Jupiter.  The various reds are gorgeous.  Now, what can I do with this one?

Have you gone to this festival before?  Do you plan to go in the future?

Join 480 other subscribers
Follow Knitting In Flashes on WordPress.com