How many times will/can I begin knitting the same sock before I find the right pattern for the yarn?

The yarn is a nylon and acrylic blend because the recipient can’t wear wool.  I figured that I could just substitute this for the usual wool yarns and end up with a similar item.  It is the same but it’s not and I’m having a hard time figuring out what to do. 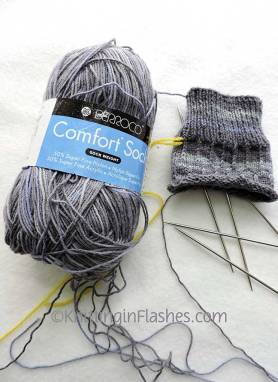 Plus I’ve found two knots in the first several yards which might be the reason why it’s coming out more as a self-striping yarn than a patterned yarn.  The other color called Beach House is bright and I thought the two would play well with each other. 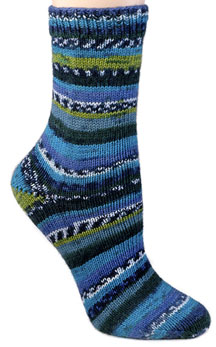 My original plan was to knit the slipped-stitch sock pattern I’ve used seven other times only instead of using both colors in the ribbing, I was just going to knit with one and start the second color once I got to the leg of the sock. 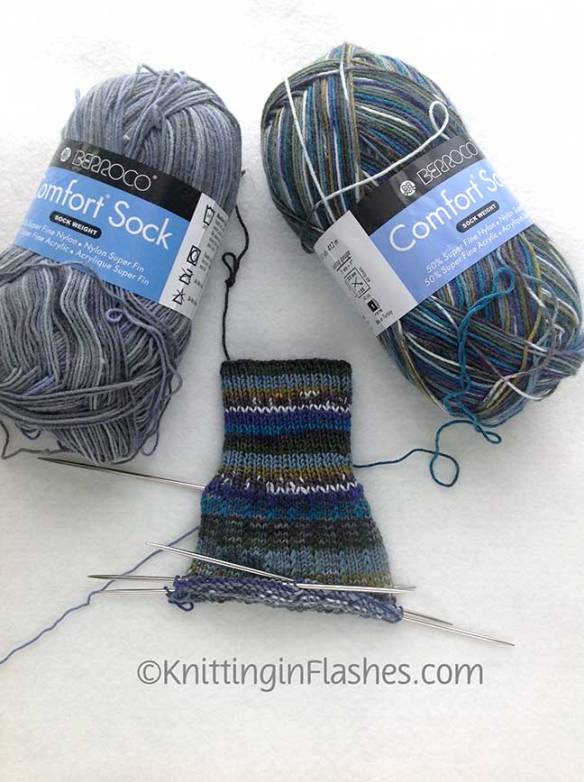 I didn’t like it so I ripped it out and started again just with the dull grey yarn and tried another sock pattern with some textural stitches.

Too subtle and the slipped stitches melt into the surrounding stitches and are not noticeable enough to add any texture.

Perhaps I should go back to the beginning of my original plan and use both colors so the grey tones down the brighter one.