A second Spindrift wrap is off the needles, blocked and on its way to a new home.

I just used pins for this one as I didn’t have my blocking wires at the time and I was in a hurry to get this blocked.

Lacy type knitting evidently isn’t my forte but I’m going to keep trying.  A double yarn over here or a missed stitch?  I don’t know but it won’t unravel so I’m calling it good.

Besides who will notice it when worn?

I did reblock the first Spindrift that had several challenges and it looks so much better.  I used the new blocking wires for this and was really impressed with how easy it was to shape the wrap.

I picked up the dropped stitch and used a crochet hook to “knit” it down to the eyelet and tacked it down. 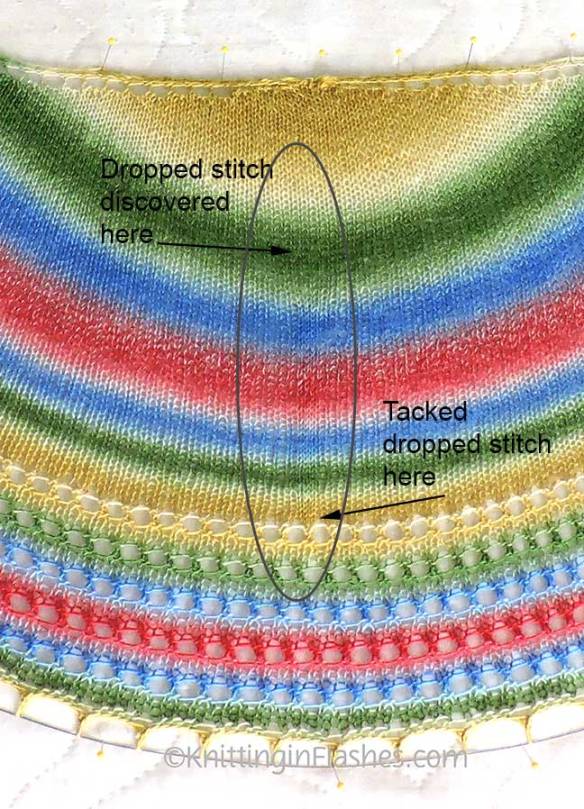 I probably should have just tacked the stitch where it was dropped as the result of trying to take it to the edge or in this case a change in pattern caused a line of tight stitches.

But blocking helped relax those to some extent.  My cast-on needs some practice, too.

Lesson learned.  I hope I can remember it again!

This cowl is for my grandson, brother of the twins.  I can’t send them something and ignore him!

The pattern is the Neon Jungle Cowl but I made some modifications that can be found on my Ravelry page here.  I liked the thermal-type texture of the Broken Rib Stitch and it looks good on both the right side and wrong side. 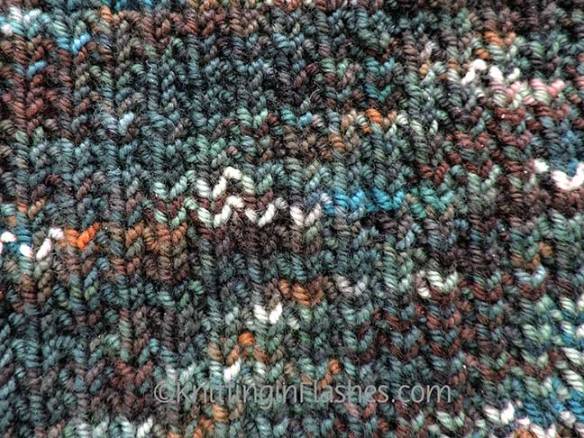 The color is a multi-hunter green but looks more bluish here.

It should keep him warm.

5 thoughts on “The tale of two wraps and a cowl”