I returned home late Monday night.  Dorothy was right, “There is no place like home.”

Our son was ill and in the hospital.  My daughter-in-law started a new job the day he was admitted which was a bit overwhelming.  She just needed some moral support so I did what moms do and went to offer that needed support.  Though our son said it wasn’t necessary for me to come, I think he was glad I was there.  He is home now and recovering and that’s all good.

I think I ripped out as much as I knit on the second Shell Cottage sock.  Well, not really but it felt that way to me.  The stitch pattern is four rows and with things being so hectic, I “forgot” to tick off a row so I had an extra row that threw off the rhythm of the stitch pattern.  Of course, I didn’t find it until 16 rows later…  Perfectionist that I am, I had to fix it.

As of this writing, I’m just ready to do the heel flap.  I just didn’t want to deal with dpns on the plane and I had other things to do since I’ve been home. I will get some knitting time in today! 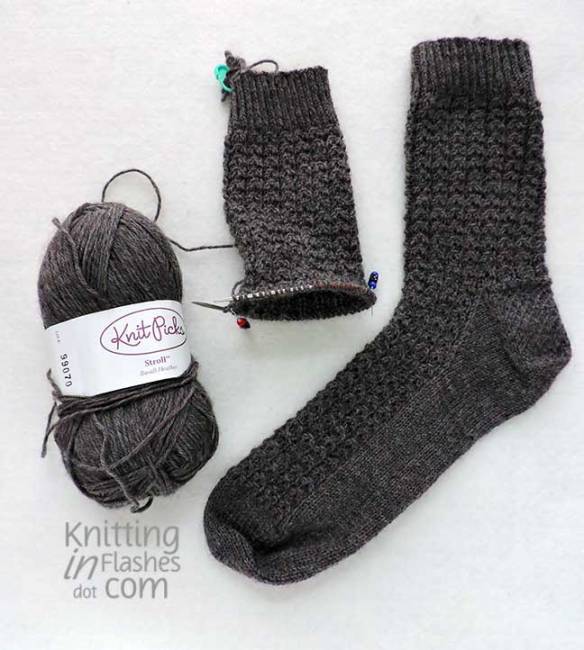 While I was in Arkansas, my daughter-in-law picked up some yarn for a blanket.  It was nice to sit and knit with someone who speaks and understands the language of knitting.

7 thoughts on “Dorothy was right”