I attended a conference in New Orleans the week before the Super Bowl. 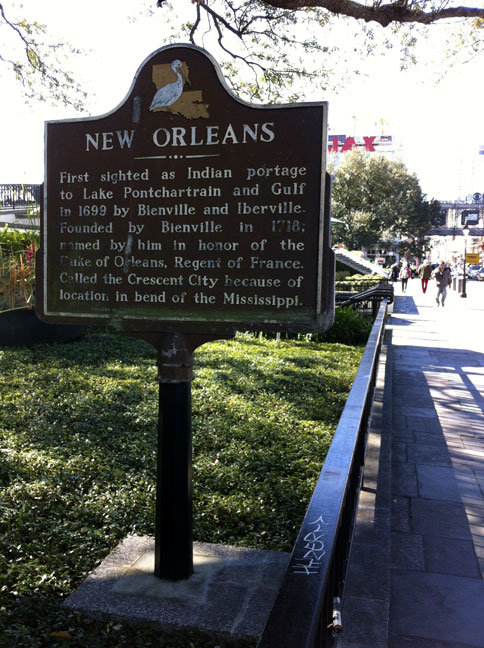 We had a great time though I was stuck inside most of the time.

I’ve learned in the past that I can’t concentrate on knitting on an airplane.  I managed to knit an Olive Oil Drip Catcher at the airport but that’s all the knitting I did.

And I don’t even have a photo of it!

Our hotel was on the corner of Canal and Bourbon streets. 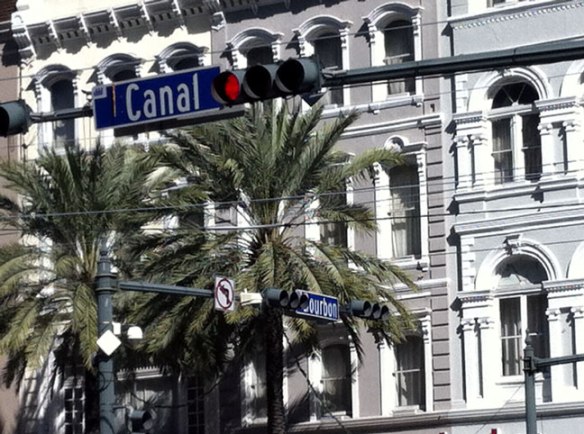 We were a block away from the 49er’s hotel. 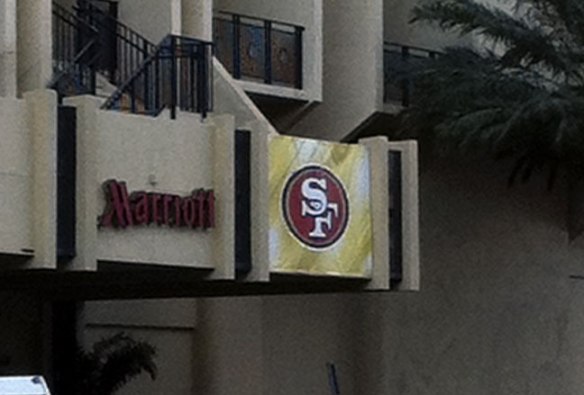 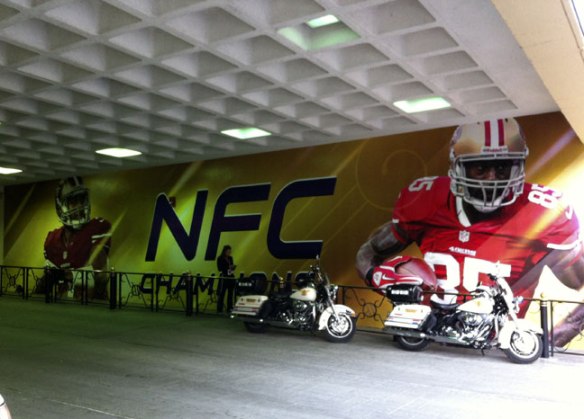 We saw the Mighty Mississippi. 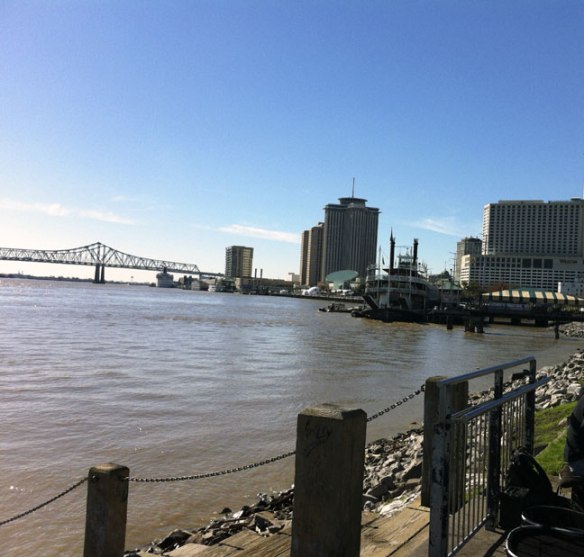 Walked down Bourbon Street.  Some buildings were all decked out in Mardi Gras colors. 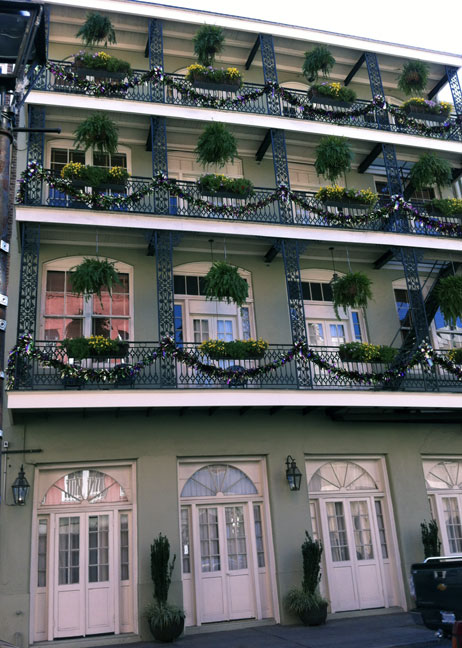 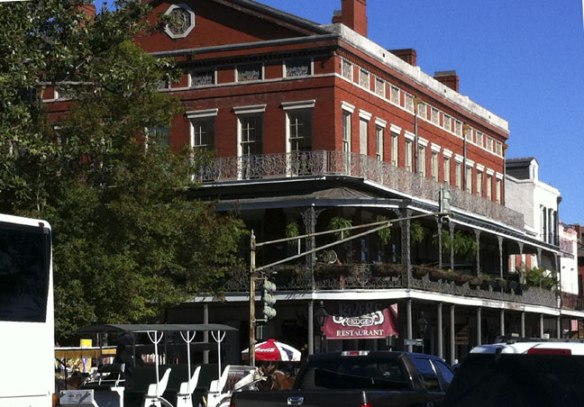 Saw lots of the Super Bowl hype but no players. 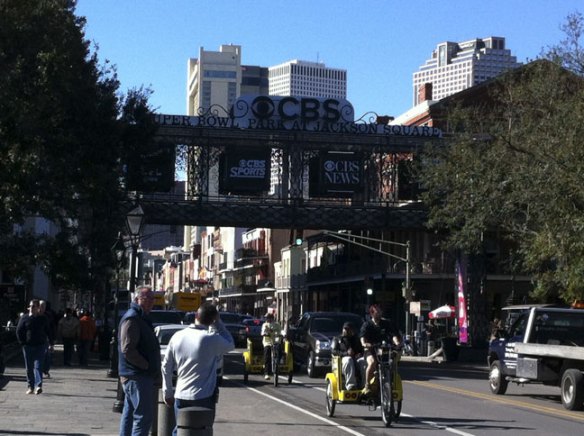 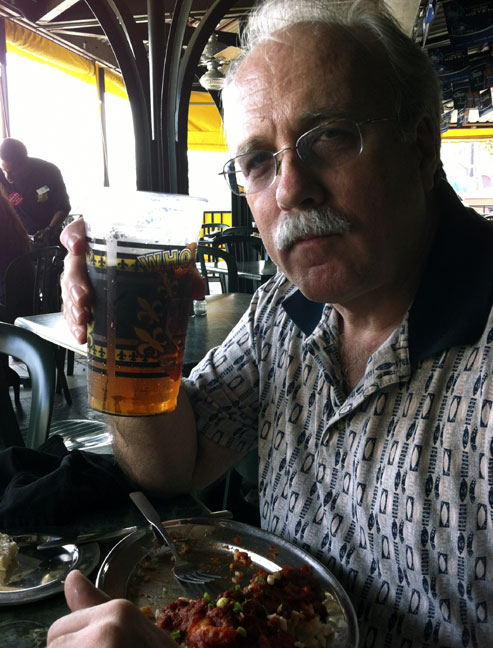 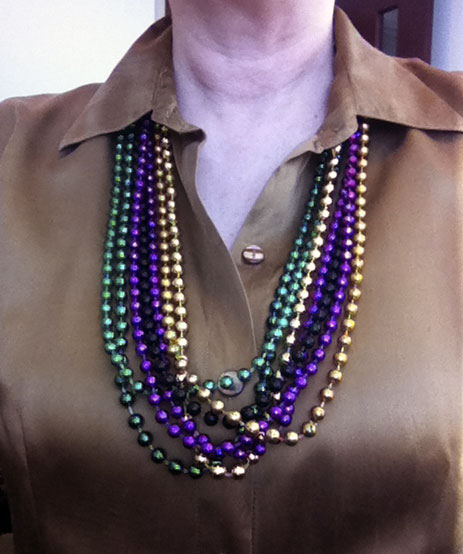 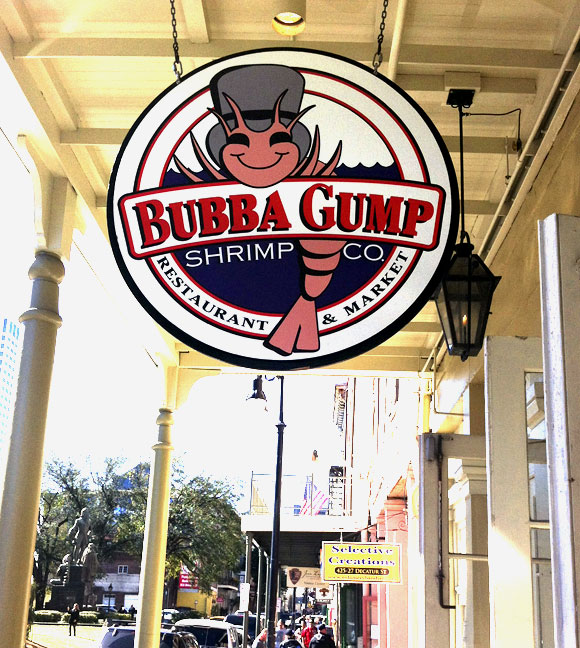 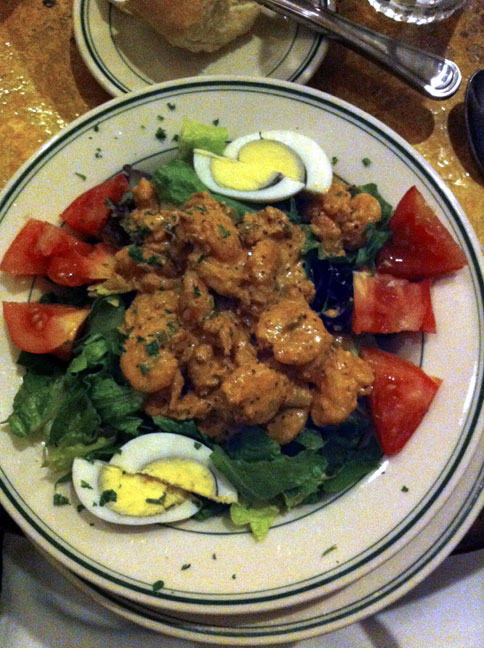 …and of course beignets at Cafe Du Monde. 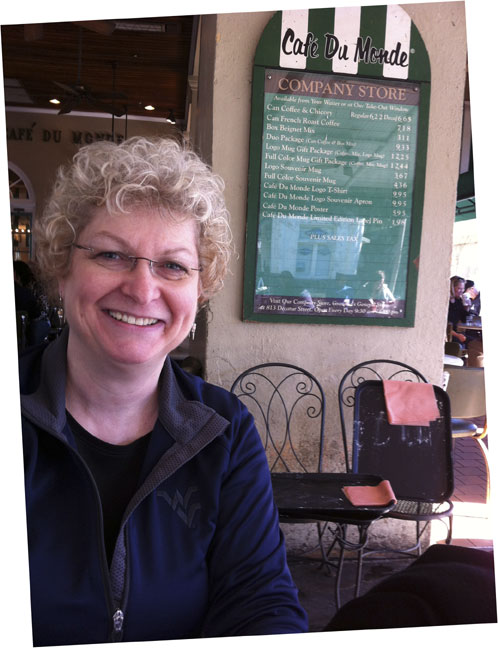 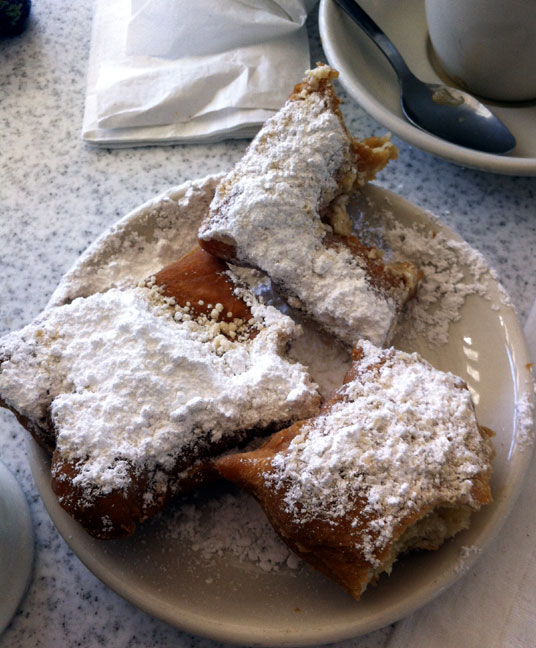 Tank McNamara says it all:

Beignets.  It’s worth the trip.

4 thoughts on “New Orleans – Can we come back?”