Last year we planted tomatoes in our front flower beds.  The front of our house gets more sun than the back and I wanted to grow some tomatoes.

And keep them close enough to the house that the deer wouldn’t get them. 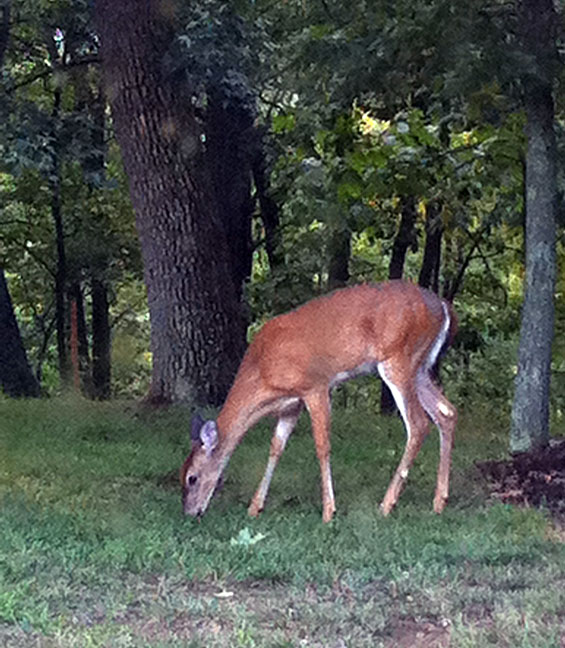 But a chipmunk decided to make himself at home and steal the tomatoes.

By that time the plants were too large to do much of anything so we reluctantly shared. 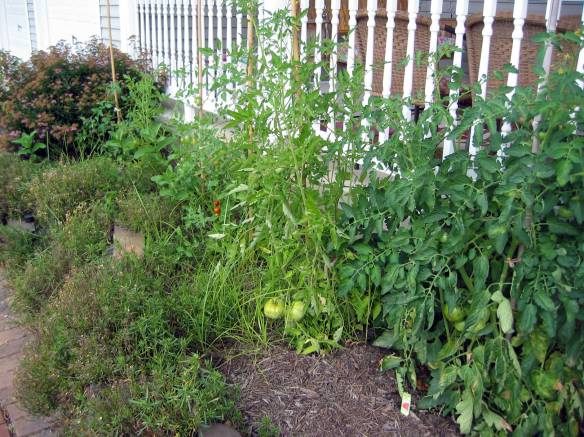 This year I decided to be a bit more proactive and make the plants less accessible.

Half-inch hardware cloth (it is not soft like cloth) rolled into 18-inch high circles/columns.  I secured the circles/columns with wire and put some duct tape around the tops to keep from getting scratched when I had to pull weeds, pick ripe tomatoes, etc. 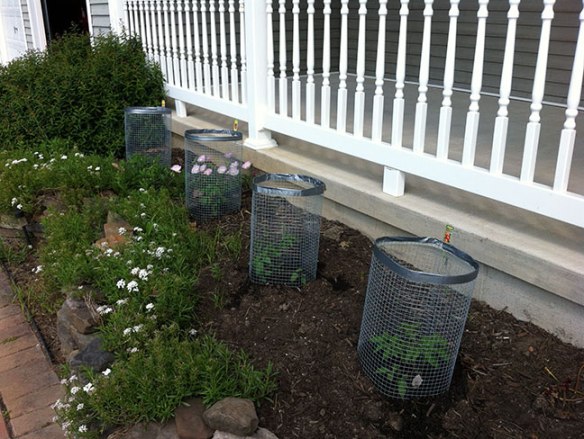 I wedged the tomato tag from the seedlings in the back between the overlapping screening.

So far so good. 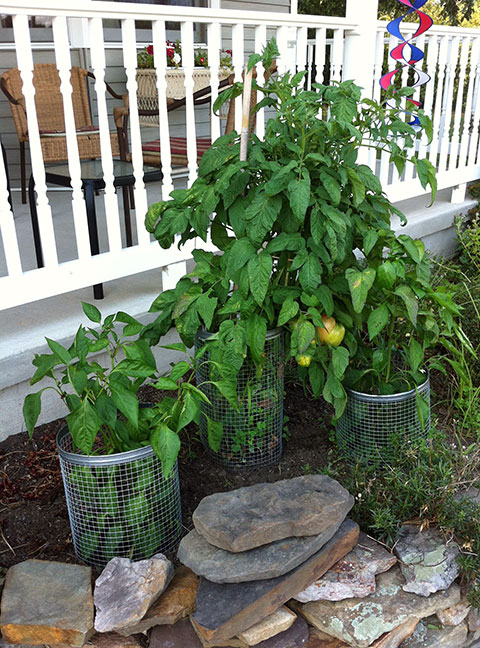 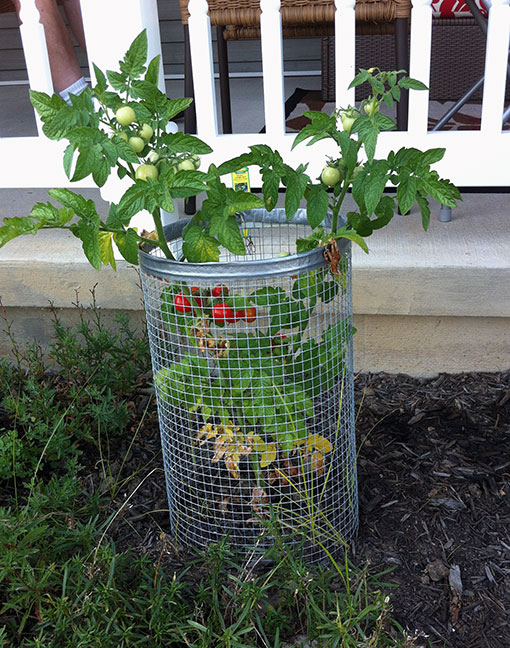 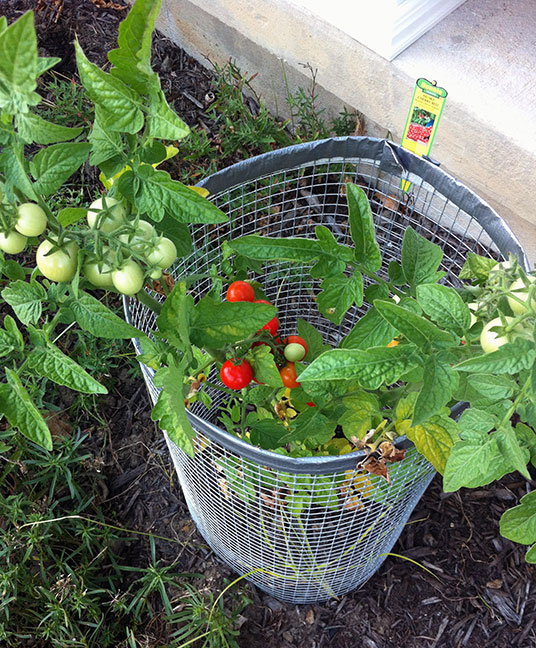 I even tried a couple of red pepper plants.

Question:  Why do some tomatoes split or get those lines in them as in the beef steak above?

Those German Queen tomatoes are huge!  They aren’t the prettiest but measure at about 6 inches across the widest part.  Very meaty and makes a great tomato sandwich.  I had not heard of them before but decided to try one plant this year.  It’s an heirloom tomato so I will save some seeds and try to start my plants from seed next year.  Looking forward to eating more fresh veggies soon!

Or rather tomato red-handed.

Mr. Aitch and I were sitting on the front porch the other evening and saw the tomato thief enjoying a Roma tomato.  I hope he helps me plant them next year and not just eat them!

I used to plant my tomato plants in the back of the house.  The problem was that it didn’t get the direct sun for part of the day.  And deer or other critters would get into them.

This year I planted them in the front flower beds.  They do flower, right?

I have a variety of five different plants maturing at different times.

I picked these four little grape tomatoes today but there will be more later. 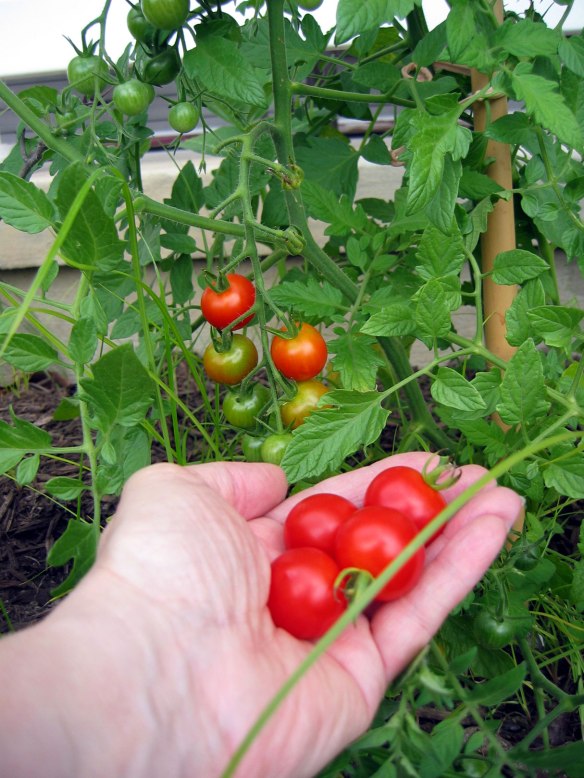 Here’s some Roma.  Looks like they will be ready soon.

And the whole crew.

Yes, I know I need to pull some of the grass and weeds out of there.